Landlords in England and Scotland will be required by law to install working smoke and carbon monoxide alarms in their properties from October 2015, it has been announced.

According to Housing Minister Brandon Lewis the move will help prevent up to 36 deaths and 1,375 injuries a year after a consultation showed strong support for the measure. 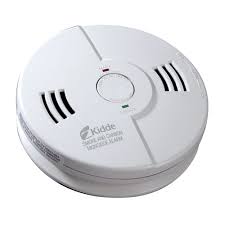 Fire and rescue authorities in Glasgow are expected to support private landlords in their own areas to meet their new responsibilities with the provision of free alarms, with grant funding from the government.
Lewis explained that it is part of wider government moves to ensure there are sufficient measures in place to protect public safety, while at the same time avoiding regulation which would push up rents and restrict the supply of homes, limiting choice for tenants.
‘In 1988 just 8% of homes had a smoke alarm installed but now it’s over 90%. The vast majority of landlords offer a good service and have installed smoke alarms in their homes, but I’m changing the law to ensure every tenant can be given this important protection,’ said Lewis.
‘But with working smoke alarms providing the vital seconds needed to escape a fire, I urge all tenants to make sure they regularly test their alarms to ensure they work when it counts. Testing regularly remains the tenant’s responsibility,’ he added.

These alarms should be fitted by a qualified electrician or electrical contractor
According to Communities Minister Stephen Williams it will help to create a bigger, better and safer private rented sector. ‘A key part of that is to ensure the safety of tenants with fire prevention and carbon monoxide warning. People are at least four times more likely to die in a fire in the home if there’s no working smoke alarm,’ he said.
‘That’s why we are proposing changes to the law that would require landlords to install working smoke alarms in their properties so tenants can give their families and those they care about a better chance of escaping a fire,’ he added.
The proposed changes to the law would require landlords to install smoke alarms on every floor of their property, and test them at the start of every tenancy. Landlords would also need to install carbon monoxide alarms in high risk rooms such as those where a solid fuel heating system is installed.
Those who fail to install smoke and carbon monoxide alarms would face sanctions and could face up to a £5,000 civil penalty. This would bring private rented properties into line with existing building regulations that already require newly built homes to have hard wired smoke alarms installed.
New regulations will be laid in Parliament to require landlords to install smoke and carbon monoxide alarms in their properties, and are expected to come into force, subject to Parliamentary approval, on 10 October 2015.
The allocation of funding to fire and rescue authorities to offer free smoke and carbon monoxide alarms to local landlords will be announced shortly.
The British Property Federation said the crackdown was necessary to force the small number of landlords who did not install alarms in their properties to bring them up to standard. It added that although most landlords do everything necessary to ensure the safety and comfort of their tenants, making the installation of carbon monoxide and smoke alarms compulsory will give tenants peace of mind and provide clarity to landlords.
The BPF recommended that the obligation on landlords and their agents should be to ensure that there are working detectors at the time the tenancy starts. There should be an obligation on tenants, however, to maintain and test the alarms and to report any faults.
'It is quick, cheap and easy to install these pieces of equipment, so making them mandatory makes sense, and should weed out those who are currently putting their tenants at risk. While the majority of landlords adhere to best practice and ensure that fire and smoke detectors are installed in every rented property they own, we feel that landlords and tenants can only benefit from this additional safeguard,' said Ian Fletcher, director of policy at the British Property Federation.
electricians westend glasgow 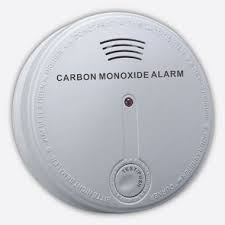