A number of fire investigators throughout the UK have noticed a recent trend with an increasing number of fires involving plastic consumer units. 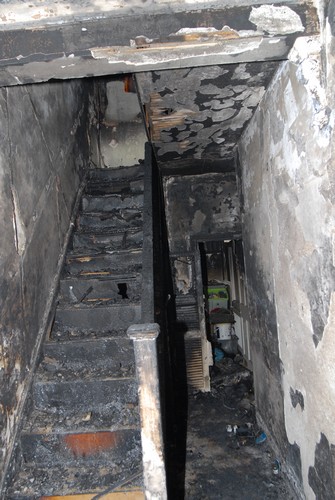 In the last five years, the Glasgow Fire Brigade has investigated 107 fires (October 2006 to October 2011), and in the last 12 months it has identified a 100% increase in these incidents, with 45 investigations concluding that the fire originated within a plastic consumer unit.

What are the problems that lead to these defective connections?

Poor workmanship by the installer is a one factor. The use of inappropriate tools, distraction when making final connections, not re-checking connections (particularly on larger conductors) or not checking the tightness of factory made connections can all lead to localised resistance heating.

The actual construction of the connections by the manufacturer is another potential issue. Indeed, Nick Carey has noticed a significant change in the construction of connections/terminations within consumer units over the last 10 to 15 years.
The use of one fixing screw per connection instead of two screws, the use of plated steel fixing screws instead of brass screws, quality issues with threads and quality issues with burrs of metal at the end of screws that limit the conductor/screw contact area. There has also been a change from rigid plastics to more aesthetically pleasing moulded plastic enclosures.

The change with enclosure construction has also coincided with a product that electricians find easier and quicker to install, with soft plastic openings that are simple to remove and adapt for cable entry points. 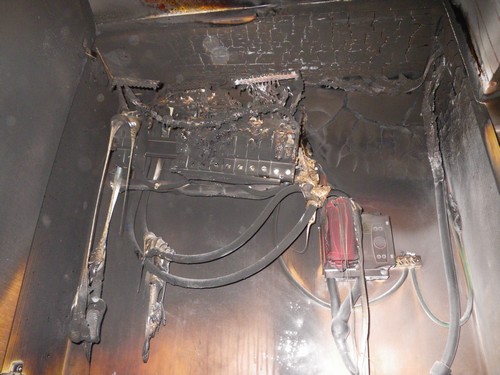 Another more recent problem affecting several brands of consumer unit is a manufacturing defect within Miniature Circuit Breakers (MCBs) leading to resistance heating at the switching contacts area.
What are effects of these fires?

The changes to the type of plastics used to construct consumer unit enclosures in the last 10-15 years and pressures on manufacturers to be environmentally friendly has led to a reduction or even an omission of fire retardants in the plastic used to construct the enclosures.

The results of fire investigations where physical evidence has identified the fire originating within a plastic consumer unit is that defective connections have led to the ignition and destruction of the plastic enclosures. The fire often develops to involve the entire plastic enclosure with burning droplets of plastic falling to the floor that on occasions can start secondary fires below. Other items stored or installed adjacent to the consumer units determine how the fire develops from this point. Some of the fires have also involved gas pipes, which has significantly increased the fire development.

The fires have also injured a number of occupiers. Typically the injuries are smoke inhalation but there have been some burn injuries. Fortunately, to date, there have not been any recorded fatalities. However, there have been a number of near misses with the fire service rescuing occupiers trapped by the fire within their properties.
In one recent case, the consumer unit was located under the stairs in a terraced three-storey house (as shown in figure 1). The quantity of storage within the cupboard and the involvement of the timber staircase ensured the fire spread to the top floor. The fire was discovered by one of the occupiers at 1am and the other nine occupants were quickly alerted to the fire and they all successfully evacuated. The damage to the consumer unit was so extensive that it was not possible to identify the product brand. 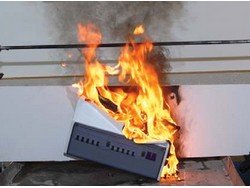 Figure 2 details the typical fire damage to the enclosure of a plastic consumer unit in a fire confined to the under stairs cupboard of a two storey house.

A recent series of ignition tests was undertaken on five brands of plastic consumer units. The tests were initiated by the Glasgow Fire Brigade and undertaken with the collaboration of Bureau Veritas Solutions and the Electrical Safety Council. Initial tests identified that three of the five plastic enclosures did not use a flame retardant in the plastic. The other two brands used enclosures with a flame retardant incorporated in the plastic.

The first series of tests were confined to replicating the hot wire material test as specified in BS/EN 60947-1: 2007 + A1:2011. Criticism could be raised by the manufactures of consumer units as BS/EN 60947 is not a ‘product test’. However, the test successfully identified the ease in which the plastics used in the construction of the enclosures were ignited. A pre-conditioned hot wire is wrapped around a plastic sample and the wire is then energised with prescriptive electrical limits for up to 30 seconds. In these tests a maximum wire temperature of 550°C was measured.

The remaining three consumer unit ignition tests resulted in fires that spread from the initial needle flame to involve the entire plastic enclosure. The shortest time from needle flame application to the ignition of the plastic was eight seconds. Two of the ignition tests had to be halted after four minutes as the smoke being produced by the fire began to overwhelm the dedicated extraction system of the test facility (figure 3).


Plastic Consumer Units in the UK have to be constructed in accordance with BS EN 60439 (replaced in 2011 by BS EN 61438). The plastic enclosures have to withstand 660°C glow wire product tests. The opinion of the author is that this test is not sufficient to ensure the safety of the occupiers in properties where plastic consumer units are installed.
The data previously detailing fires that have originated within consumer units in the Glasgow area, resulting from various types of defective electrical connections, shows an increase in these life-threatening fires.
The plastics used in the construction of consumer unit enclosures should therefore be more resistant to ignition from an internal defective electrical connection. In addition, the product should be constructed to ensure that any localised heating within the consumer unit should be contained within the product.